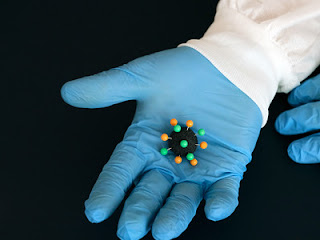 Health and Information – 11 Million People in Wuhan city, China, panicked after many people fell ill after visiting the Huanan seafood market. Strangely, the number of victims is getting faster. In fact, most of them have never visited the market.

What phenomenon happened? After in-depth investigation, the corona virus is the main culprit of the panic. The thing that needs to be underlined, this virus can be transmitted quickly, causing death.

Then, how is the development of corona virus cases globally? What is the response of the Indonesian government to this condition? Then, what does the World Health Organization (WHO) say about this mysterious virus?

Well, here are the data and facts that I gathered from various sources.

1. Spread to Other Countries

The virus that can cause pneumonia first appeared in the city of Wuhan, China. The Chinese government says the corona virus comes from wild animals sold in the Huanan seafood market.

Since then, infected travelers from Wuhan have transmitted the virus to other countries. Until now, the corona virus has spread to seven countries. Starting from Thailand, Japan, South Korea, Singapore, Taiwan, Vietnam, and the United States.

2. Suspected of a bat

Corona virus is a zoonotic disease, meaning that it is transmitted between animals and humans. The Centers for Disease Control and Prevention (CDC) in America has also emphasized the relationship between bats and the Corona virus. According to experts there, the corona virus is a virus that circulates in several animals, including camels, cats and bats.

Actually corona viruses rarely evolve and infect humans and spread to other individuals. However, the case in China is now clear evidence that this virus can spread from animals to humans.

3. Close relatives of SARS and MERS

The SARS epidemic which ended until mid-2003 affected 8098 people in various countries. What about the number of victims? At least 774 people must lose their lives due to this severe respiratory infection.

4. Mysterious, There Is No Vaccine

The virus that caused the pneumonic plague in Wuhan, China is somewhat mysterious. Experts identify as a new type of corona virus. The virus that attacks breathing is named the novel coronavirus or 2019-nCoV.

Actually there are several pneumonia vaccines aimed at preventing pneumonia. However, the vaccine cannot prevent pneumonia that is currently epidemic due to a new type of corona virus. Therefore, the Chinese government quarantined the city of Wuhan, which has a population of 11 million people.

Until now there have been no cases of corona virus that entered Indonesia. However, we must not ignore this mysterious virus attack. Because, this virus has infected at least 830 people, most of which occur in Wuhan. According to the government, at least 25 people have died from corona virus attacks.

6. From Fever To Chest Pain

Corona virus can cause a variety of complaints to the sufferer. Starting from fever, cough, difficulty breathing, sore throat, and headache. In addition, according to experts at the National Institutes of Health – MedlinePlus, the virus that infects the upper respiratory tract can also cause severe symptoms. This viral infection can turn into pneumonia with a variety of symptoms.

For example, high fever, cough with mucus, shortness of breath, to chest pain. These symptoms can get worse if it occurs in people with heart or lung disease, people with weakened immune systems, infants, and the elderly.

7. The risk can be minimized

Although there is currently no vaccine to prevent corona virus infection, there are at least a number of ways that can be done to reduce the risk of contracting this virus. Launch of the National Institutes of Health – Coronavirus, there are a few tips we can do.

-Wash your hands frequently with soap and water for 20 seconds until clean.

-Avoid touching the face, nose, or mouth when hands are dirty or not washed.

-Clean and sterilize the surface of objects that are often used.

-Cover your nose and mouth when sneezing or cough with a tissue. Then, throw the tissue and wash your hands thoroughly.

Want to know how much money must be spent to fight the corona virus outbreak? The Chinese government must at least issue a pocket as deep as 1 billion RMB (US $ 144 million) or around Rp 1.9 trillion. This statement was issued directly by the Chinese Ministry of Finance on Thursday, January 23.

The goal is clear, in order to prevent the entry of Coronavirus Novel (2019-nCoV) into Indonesia. Through this tool, passengers can later be detected early if there are potential symptoms of contracting a particular virus.

The World Health Organization (WHO) has not yet declared the corona virus as a “public health emergency”. This provision is considered temporary because this virus is a new case. According to the Director General of WHO, the determination of the global health emergency will continue to grow in accordance with new information received.

Here are some facts about Corona Virus, if there are errors, apologize profusely and thank you.