Health and Information – Having a healthy and strong body is indeed the desire of every human being, both male and female. The reason is a healthy body will help you carry out activities to the maximum. One way to get a healthy body is to exercise diligently. If you are among those who are lazy to exercise, let’s get into the habit to exercise and start living healthy. 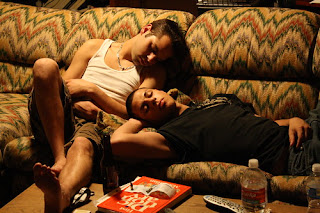 Then what will be the negative impact if you do not get used to doing sports every day? This is the review
1. Resulting in Premature Death
Premature cases are evident not only in cases of babies born prematurely, but also in cases of parental death. Based on the results of the study mentioned that 1 in 10 cases of premature death (death faster than usual age, due to old conditions) that exist throughout the world is caused due to lack of sports activity. This has been through a research process that was covered in a 2012 Lancet medical journal.
2. Easy to get Depressed
Through the results of research that has been reported in the American Journal of Preventive Medicine in 2013 states that one of the effects of lack of exercise is depression. Researchers have conducted research on more than 30 studies, and as many as 25 studies mentioned that people who do not get used to exercise tend to be more prone to depression.
Feeling depressed and worried will continue to haunt if you don’t exercise. Therefore, how to prevent depression can be a way to exercise. You must recognize the characteristics of depression, so that when you feel it you should be able to change your lifestyle.
3. Mood Abnormal
The habit of those who rarely exercise will be more susceptible to mood disorders. Because they only occupy themselves with work and whatever he is doing right now. Although at first they seemed normal, seemed happy, but suddenly turned moody and sad.
This mood change is also a sign of stress in his body. The cause of this stress is also caused by lack of exercise. Characteristics of people who experience stress he loses the desire to do various daily activities.
4. Muscle Becomes Soft
Your body still has its own strength stored neatly in it. If you do not use it, do not build it, then the power will not appear. Then how to wake him up? By getting used to exercising every day.
The longer the body does not move, does not do any activity. Muscle will get weaker and easily hurt if doing a little strenuous activities.
5. Easily Affected by Osteoporosis
The mitochondria of the human body will function better the more they are used for exercise. Those who rarely do sports activities do not preserve the same bone density along with increasing age. If the bone density is not maintained, then various bone diseases will be easier to land on him. One of them is osteoporosis.
6. Risk of Easily Broken Bones
Those who are not used to doing sports activities, will also be more susceptible to fractures. Because the bones are getting older, the ability and power of elasticity has been reduced. Finally the density is also reduced.
When someone falls, the healing process between people who used to do sports with those who have never done sports tend to recover faster those who usually do sports. In addition, those who have never exercised have less bone strength. So if hit by something or hit a little, will be more easily broken.
7. Easily Affected by Early Aging
Bodies that have never been used for exercise will tend to be more prone to aging. The US Center for Disease Control and Prevention suggests that bones that are rarely used for exercise will be easier and tend to age.
It can be concluded that the cause of premature aging is caused by lack of exercise. So one of the drugs to prevent this aging, the National Institute on Aging recommends to keep doing strength training for 30 minutes in two days for a period of one week.
8. Easier to get heart disease
Scheduling for a healthy life and exercising frequently is very good for the body. So happy those who have been accustomed to this habit for a day. Because those who do not exercise, will be more susceptible to deadly diseases such as heart attacks. This is related to blood pressure that is often not controlled because of unhealthy lifestyles.
9. Easy to catch a cold
Indeed, the flu has become one of the usual diseases and not something dangerous. But catching the flu is very disruptive to your daily activities. Flu is the biggest obstacle to optimally carrying out activities.
The National Institute of Health reports that exercise helps accelerate the performance of white blood cells or leukocytes in the body. If you do not get used to exercising daily, leukocytes work slower. Finally the body is susceptible to flu, which is an indication of even more severe illness. To prevent the coming cold symptoms you should exercise diligently.
That was some of the negative effects of lazy sports. You can start a healthy life by doing the lightest and cheapest exercise, jogging in the morning. With morning jogging you can avoid the various kinds of adverse effects of not exercising.
Don’t forget to keep visiting our site, so you get the latest and updated information from us. Thanks.
Health and Information