Health and Information – There are different types of antidepressants for teens. Depression is now one of the health problems that can cause death. According to data from the World Health Organization (WHO) 2017, depression is the fourth deadliest disease in the world.

Depression is caused by many factors, such as sad experiences, social and environmental conditions, to life pressures that ultimately affect one’s mental health. The most common symptoms of depression are anxiety, emotional instability, despair, to the desire to end life.
Depression is often considered not a disease, so that makes many people ignore the symptoms. Cause 800 thousand people committed suicide during the past year due to depression that is not handled properly. Suicide is now also the number two cause of death that threatens adolescents to adults aged 15-29 years.
Therefore, depressive symptoms should not be ignored. Take immediate action or ask for help when experiencing symptoms of depression, namely by visiting a psychologist or psychiatrist.
The initial treatment that is generally done by doctors to deal with depression and all forms of mental problems such as anxiety and stress is psychotherapy. Psychotherapy is considered an important step in changing mindsets and sharing experiences that make patients depressed.
Antidepressant drugs are considered able to help relieve depression and anxiety disorders, so they can reduce the number of suicides. However, it must be prescribed by a doctor because the dosage needs to be adjusted to the patient’s condition. 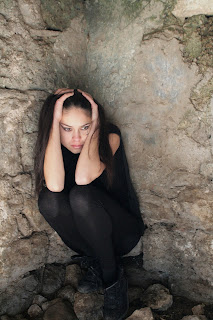 Antidepressant drugs have been proven effective in helping to improve the mental state of patients, but consumption of antidepressant drugs alone is also not enough to cure depression. Medication must be given together with therapy.
Antidepressants for teens themselves are not the type of treatment that will show immediate progress. It takes about 2 to 4 weeks for this drug to relieve depression felt by the patient.
In addition, this treatment also requires a long time which is at least 6 months. If the patient’s condition improves, the doctor will reduce the dose gradually.
So let us be wise in choosing antidepressant drugs. For that you must regularly see a doctor in order to get the maximum treatment from the doctor.