Health and Information – Summarized from various international studies, eating disorders such as bulimia and anorexia during pregnancy can increase the risk of a mother experiencing a miscarriage. Eating disorders effect on pregnancy have a higher rate of miscarriage than healthy and normal pregnant women.

Eating disorders can be experienced by every woman who is at childbearing age. Although not all women experience it, this disorder can have a serious impact on the health of parents and their babies.
Especially if it is experienced by pregnant women. You might be able to drink milk for pregnant women to help supplement your daily nutritional needs.
But you also have to know, pregnant milk is not the main source of nutrition. If this eating disorder is left, the risk can continue to increase and get worse. Especially when pregnant, pregnant women generally tend to lack appetite. 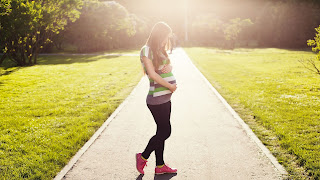 Eating disorders that have reached the stage of anorexia are the most undesirable disorders. When pregnant women experience it, there will be major changes in the body such as irregular heartbeats, indigestion, to vomiting.
Other risks that can also be experienced by pregnant women include high blood pressure, osteoporosis and pregnancy complications. Although indeed, this risk could have been reduced by consuming milk for pregnant women.
In a study published by The British Journal of Psychiatry in 2007, women who had anorexia had a higher risk of recurrent miscarriage. Even when he managed to recover from anorexia, the risk of miscarriage is still quite high.

What happens to the fetus if during pregnancy he did not get enough food nutrition for growth? Certainly, growth will be disrupted. Low birth weight babies are just one of them. 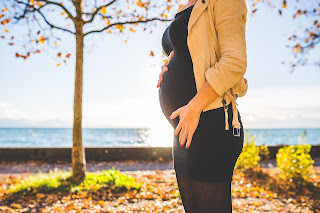 Babies born to mothers who experience anorexia also have a risk of premature birth. The risk of other diseases such as heart disease and diabetes is also higher.
Not to mention other health problems such as cerebral palsy, cleft lip, liver problems to mood disorders. In more serious cases, anorexia during pregnancy can cause stillbirth or stillbirth.

Anorexia Must Be Treated Immediately

Actually, this anorexia treatment must be treated before starting to plan a pregnancy. If before you have an eating disorder, try to correct the situation immediately.
Because if not treated before that, the consumption of milk from pregnant women will not help much. Consult a doctor. Even after becoming pregnant you must maintain food intake properly and correctly.