Health and Information – Panic attack is sensation the heart beats fast, sweat is pouring, hands are trembling, words are stuck in the throat, all or part of the body feels numb and it is difficult to breathe until it comes to mind that this is the end of life.

Maybe that’s the way when someone experiences panic attacks. People who experience panic attacks feel the world spinning but their bodies seem to freeze unable to move.

Feelings like “trapped” in one moment, sounds that sound “dangerous”, and lights that are too bright as if making the heart beat worse.

Maybe your friends, relatives or even you are familiar with the picture, maybe you / they have a panic attack.
Panic attack or what we call panic attack is a condition in which a person feels fear suddenly (spontaneously) and experiences strong physical sensations, such as rapid heart palpitations, sweating, trembling, dizziness, fear of losing control, paresthesia, derealization or depersonalization and others.
Paresthesia is a sensation of cold, itching, heat or tingling experienced spontaneously, while derealization or depersonalization is a feeling that is not realized or detached from oneself, as if feeling like an outside observer, a robot, or as if in a dream.
As stated in the Diagnostic and Statistical Manual of Mental Disorders, Fifth Edition (DSM-V), if someone experiences a panic attack for at least a month or more and is accompanied by anxiety, fear, and concern about the next panic attack, then that person can be said to have experienced panic disorder (panic disorder).
Panic attacks can even make a person feel afraid to lose control of himself, both control of the body, mind and current circumstances, so people usually avoid things that can trigger panic attacks, such as avoiding things that are usually not done like not feeling panic.
Maybe some of us still underestimate the panic attack itself. We never thought that panic attacks that occur spontaneously and often repeatedly can make someone anxious.
At this stage, people who experience anxiety feel afraid of the future can even avoid situations that can cause panic and anxiety reappear or called the panic cycle.
This is also a major feature of panic disorder because the emergence of panic attacks is unexpected and continues to recur.
People with panic attacks often think that they have a heart attack because the symptoms are almost the same.
Heart palpitations, sweating, trembling, dizziness, fear of losing control, shortness of breath, choking sensation, chest pain, nausea, or cold so that someone can lose control of oneself.
At a more severe level, a person can faint or feel like dying. Panic attacks can be a nuisance that can hinder a person’s activities and performance in daily life.
Even someone can feel ashamed and inferior because of losing control of himself. Panic attacks accompanied by increased intensity of feelings of anxiety and fear can also reduce the quality of social life, career, and overall quality of life of a person.
In European countries, this type of disorder is one of the most common anxiety disorders with a prevalence rate in one population reaching 2-3% in one year.
The prevalence is quite high after social anxiety disorder, post-traumatic stress disorder and generalized anxiety disorder.

Until now the cause of panic attacks is still not known clearly.
However, several studies mention the causes of panic attacks, including genetic factors, imbalance of chemical compounds in the body (chemical imbalances) including abnormalities in gamma-aminobutyric acid, cortisol and serotonin.
People who experience panic attacks tend to show decreased neurochemical mechanisms that inhibit serotonin production and endogenous opioid deficiency (pain relief) in the body. 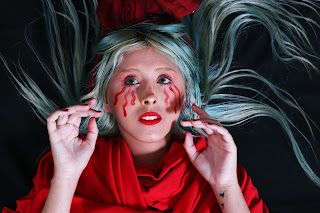